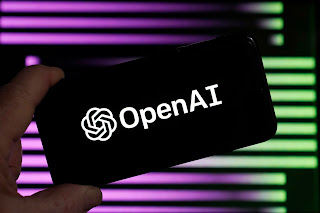 Following its recent release by Open AI ChatGPT, the conversational mode information provider, has created a online sensation that has had few parallels and serves to demonstrate the widespread interest and fear generated by recent advances in AI.
One of the greatest fears, announced early on is that the new app will enable cheaters, such as students who will come to depend on it to write their papers for them.  According to an article in Japan Today, Open AI is moving to address these fears through the release of an AI Text Classifier that will hopefully identify those writings generated by AI rather than by humans.  It says a great deal about human nature that such a device should be considered necessary, but it is also indicative of how readily the capabilities of AI are embraced by the general public who apparently have no qualms surrendering their own creative initiative to a machine based intelligence.
Posted by Frank McAdam at 10:49 AM No comments:

On 1 has announced that it will soon be releasing an update to Photo RAW 2023, its flagship RAW processing / photo editing tool that was only released in October.  (That was quick!)  In a recent email it was revealed that the update will include an alternate method of sky swapping.  The article accompanying the email stressed that the original method (Method A) will work fine in most situations and should still be used as the default method.  The alternate method (Method B) is really only for rare tricky situations, such as that shown in the video, where Method A fails to deliver a satisfactory result.
To be honest, I've always found that the sky swap feature included in Luminar Neo does an excellent job and have accordingly always turned to that app when wanting to change the sky in my photos.  Still, it's always great to have options.
Posted by Frank McAdam at 10:07 AM No comments:

A Look Ahead, A Look Back 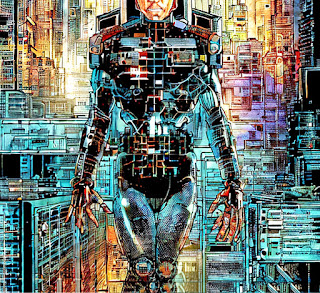 Perhaps it would have been more appropriate to have posted this on New Year's Day, but better late than never in addressing the future direction of this blog as well as a quick look back to see where it has been since I resurrected it in March of last year.  (Prior to that, up to its discontinuance in 2019, the blog had been devoted to reporting on cultural events in New York City.)

It seems now I was more prophetic than I could have imagined when I subtitled the blog "The Emergence of AI."  At the time I had not yet heard of AI imaging apps such as DALL-E 2 and Stable Diffusion and was thinking primarily of the implementation of AI features into existing photo editing apps that I felt had been pervasive enough to justify the title "Digital Photography 2.0."

Once I did learn of the existence of said AI imaging apps I became far more interested in the possibilities they offered than in any advances in digital photography.  In fact, I came to see AI imaging as a form of digital photography in which the camera itself was no longer necessary and which was limited only by the extent of an individual creator's imagination.

In the second half of 2022 I immersed myself in creating AI images using the above mentioned apps and am currently in the final stages of completing a novel to be titled And What If that will be one of the first, if not the very first, to be fully illustrated with AI imagery.

Ever since the 1960's I have been fascinated by the Aldous Huxley quote (from which the music group The Doors took their name): "There are things known and there are things unknown, and in between are the doors of perception."  It really seems AI imaging is fulfilling the promise of that quote by swinging the doors wide open.  Accordingly, I intend going forward to devote as much of this blog's reporting to AI imaging and related matters as to digital photography.

The above AI image was generated by Stable Diffusion in response to a one-word prompt - "Neuromancer" after the visionary classic novel by William Gibson.

Posted by Frank McAdam at 9:16 AM No comments:

As I reported in a recent post, I experienced an annoying problem with a Landscape Overlay Bundle I had purchased from Clever Photographer and had attempted to install in On 1 Photo RAW 2023.  Very briefly, when I had attempted to import several of the overlay categories into the On 1 app through Manage Extras in the File menu the app had abruptly shut down without importing any files.  After a certain amount of back and forth with On 1's tech support people who really went far out of their way to be helpful I learned the problem was that certain overlays had been saved by Clever Photographer in CMYK color mode rather than RGB and it was this that was causing the shut down.
I subsequently contacted Clever Photographer and received soon after a reply from the company's Customer Service Manager addressing my problem.  The email stated that no one had previously reported such a problem (perhaps because the most recent version of Photo RAW was only released a few months ago) and kindly offered to convert the problem files to RGB for me.  By then I had already done the necessary conversions myself in Photoshop but was nevertheless grateful for the offer.
In general, I found the two Clever Photographer bundles I've purchased to date (the other was the Luminar Neo Power Bundle) to be good values for the price and have been heartened sufficiently by the Customer Service Manager's response that I will continue to do business with the company in the future.
Posted by Frank McAdam at 2:41 PM No comments: 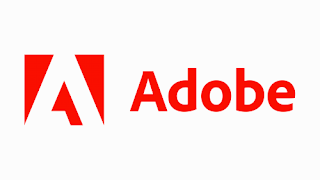 I received an email last week from Adobe's stock division where I have in the past placed a number of my photos.  The email in question laid out guidelines for submitting AI generated imagery.  While they were no doubt meant to be helpful, I found them to be more confusing than anything else.  I had no problem with the requirement to submit a model release if a given image was intended to represent an actual person (presumably still living since it would be rather difficult to obtain a signature from a deceased individual), but the next requirement definitely left me scratching my head.  It read:

"If the generative AI content was not based on a real person, but it visually appears to resemble a person, then you must submit a property release confirming that  you have all the property rights in the content."

The question here is who is to sign the release since there is no actual person or property being shown in the generated image?  I'm really not sure and considering how little money is involved in stock photography I don't think it's worth retaining an attorney to get a legal opinion.  Better to simply submit actual photos, as I have in the past, that do not require any form of release, such as photos of flowers.  Much as I enjoy working with AI imagery, I'd rather do that than expose myself to any form of legal liability.
Posted by Frank McAdam at 6:36 PM No comments:

The Times Issues Warning on AI 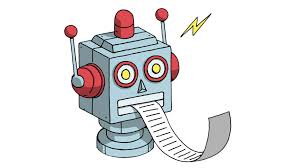 By now I'm used to reading in the tabloid press dire warnings of AI wiping out humanity if left unchecked, but it's on a whole new level when an article in the staid UK publication The Times adds its voice to the chorus.  The article is actually a report on a briefing given Parliament's science and technology committee by researchers from Oxford University on the potential dangers posed by AI if not regulated and tightly overseen.  One doctoral student, Michael Cohen, warned bluntly of AI's existential threat to humanity:

"With superhuman AI there is a particular risk that is of a different sort of class, which is... it could kill everyone."

Scary stuff all right, but it must be remembered that there is no proof that such a threat actually exists.  Right now it's no more than a frightening theory.
Posted by Frank McAdam at 10:11 AM No comments:

Shutterstock had in the past prohibited creators from uploading AI generated images to its platform.  Whether or not that still holds true, the stock agency has partnered with Open AI, developer of DALL-E 2, to introduce its own AI image generator that will allow anyone with an account to generate images and submit them for licensing without ever leaving the site.

I have actually never submitted any of my stock photos to Shutterstock, though I do have an account, preferring to limit my submissions to Adobe Stock if only for convenience sake.  Although I have sold some images from the Adobe site there is actually so little money in stock photography - and yes, I've read those accounts of photographers who earn six-digit incomes from it but have never been able to figure out how they manage it unless they work at it night and day without ever sleeping - that it never seemed worth my while to make an all out effort and begin submitting to  multiple venues.  Given my interest in AI imaging, however, the opportunity to make use of Shutterstock's own generator seems too good an opportunity to pass up; and I most likely will start using it in the near future once I finish working on my current project (a novel fully illustrated with AI imagery) and then license the images I derive therefrom on Shutterstock.  I don't think there's much to lose, though I will first certainly read the fine print to determine exactly what rights I'm signing over to Shutterstock by so doing.

Posted by Frank McAdam at 9:55 AM No comments:

A Look Ahead, A Look Back

Perhaps it would have been more appropriate to have posted this on New Year's Day, but better late than never in addressing the future d...