Seeds of Hope at Lincoln Center 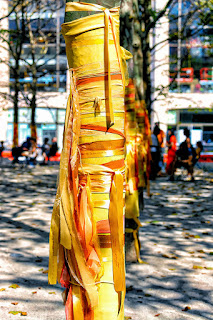 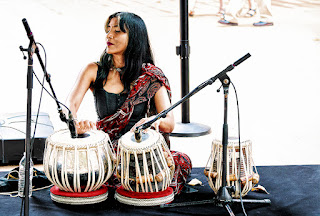 During the July 4th weekend I walked down to Lincoln Center to photograph a performance piece titled Seeds of Hope that was part of this summer's Lincoln Center Outdoors festival.  The piece had been scheduled to last an hour, but when I arrived only ten minutes late it had already concluded; all that remained was a musician performing South Asian music to fill in the balance of the hour.  Accordingly, I never did learn the meaning of Seeds of Hope other than that it involved wrapping trees in colorful ribbons.

The trip was not a total loss.  The music was excellent, and while I was at the venue I had an opportunity to photograph a stunning array of contemporary sculpture that had been set up in the reflecting pool beside the Henry Moore sculpture that is its permanent fixture. 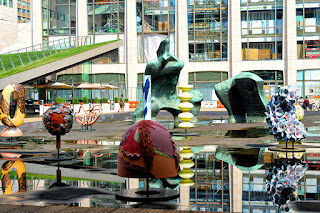