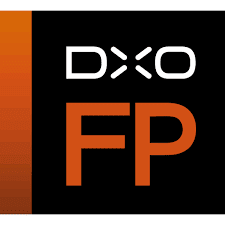 I've found DxO's FilmPack, now at version 6, to be an extremely useful Photoshop plug-in.  It's advertised as a means to "rediscover the magic of analog in the age of digital... through 84 high-fidelity film renderings," but for me at least this is really not so important as DxO makes out.  Even for someone like me, who spent most of his career as a film photographer, the need to emulate a film that's most likely been out of production for decades and whose appearance few if any photographers remember anyway is of questionable value.  For the record, of those films that I myself used (which constitute only a small fraction of those in FilmPack), the emulations contained in the app do generally correspond to the properties of the films themselves, at least as I remember them.  Fuji Velvia 50, for example, does have the vivid coloring contained in the original film, while Fuji Astia does work well for skin tones just as did its real world predecessor.
Personally, when using FilmPack, I think it's best to forget about analog equivalents and instead to think of the various emulations as presets that alter the tonal values of digital images to a greater or lesser degree depending on the film chosen.  Clicking on an emulation will allow the user to preview the corrected image, and it's rare that I will not find at least one preset that does not improve the general appearance of the digital image.  I've found this to be especially true when working with landscape and nature photos,
Although the app can be used in a simple one-click manner by doing nothing more than accepting the previewed image for the selected emulation, there are a number of refinements, some of them new to version 6.0, available for those users who want to fine tune the results.  Several processing tools, such as lens corrections and 8-channel HSL adjustments, are carry-overs from PhotoLab5 (in which I process my RAW images before ever moving to FilmPack) while others are unique to the app  These latter include the ability to replace digital noise in high-ISO photos with simulations of film grain as well as the ability to add textures, neither of which I have much use for in my own work.  More helpful when applying black & white film emulations is the micro-contrast tool that gives one a great deal of control when adjusting local contrast.
One feature new to version 6.0 that's gotten a lot of attention is the "Time Machine" that allows users to apply presets to their photos that supposedly give them the look of analog photos processed in a particular decade in the past.  It's a fun tool to play with and can occasionally produce an effect that adds enough interest to a given photo to be worth keeping, but it's not something to which most users will very often have recourse once the novelty has worn off.  A much more useful new option, in my opinion, is the collection of cinema presets that can produce a number of interesting color grading effects.
Filmpack works as both a stand-alone app and a Photoshop plug-in.  I find it most useful to use it as a plug-in applied to a layer whose opacity and blend mode can then be adjusted.
Posted by Frank McAdam at 10:57 AM