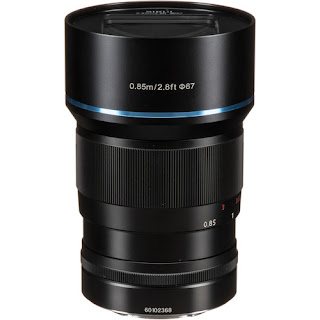 I purchased yesterday at B&H a new add-on for my MFT Panasonic Lumix G9, the Sirui 50mm f1.8 Anamorphic 1.33x Lens.  As you can see from the link, the lens is now once again selling at full price, but I was lucky enough to get mine at a sale price of $498.90, a discount of more than $200.  I  had never previously heard of Sirui, let alone seen one of their products, and I was happy to find the lens was a well constructed piece of equipment built entirely of metal.  I took a few practice shots in Central Park after returning home and the lens appeared to work perfectly.  When I have a bit more time I'll "unsqueeze" the images in Photoshop to see for myself the widescreen anamorphic effect.  Eventually, I'll post sample photos here on the blog so viewers can judge for themselves.  What I'm most interested in, of course, is discovering how well the lens performs when shooting 4K video.